Ancient Ukraine
The land that is now Ukraine has had people living on it for a long time.
It is a very fertile land.
It is easy to grow food there. The area is very rich.
People lived in Ukraine at least 6,500 years ago. Archaeologists found their pottery and statues.
This culture is called the Trypillian culture. The old pots and statues were dug up in a place named Trypolle.

Kyivan period – 980-1240
The Golden Age of Ukraine was the Kyivan period.
The Prince of Kyiv united the other small city states into a big country.
Volodymyr the Great was an important ruler of the Kyivan state.
He introduced Christianity in 988.
During the Kyivan period many big and beautiful buildings were built.
Because Ukraine is a very rich place, many people wanted to conquer it.
Turkic peoples attacked in the 11th and 12th centuries.

Polish-Lithuanian rule – 1350-1650
When the Kyivan state fell apart, many countries fought over Ukraine.
Poland dominated Ukraine for a long time.
Rule by foreign people was very hard.
Many Ukrainians were very poor. They were serfs. A serf is like a slave.
Also Turks and Tatars attacked Ukraine. They took captives. These captives worked as slaves. They did hard work other people did not want to do.

Kozak (Cossack) Period – 1650-1775
The Kozaks (Cossacks) were free people who lived on the steppe (a kind of prairie).
They were also fighters. When many Ukrainians were not free, Kozaks led rebellions against Poland and against landlords. 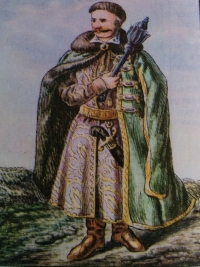 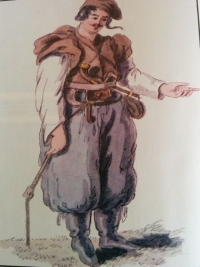 Bohdan Khmelnytsky led the most successful rebellion or revolution. He made an independent state called the Hetmanate. 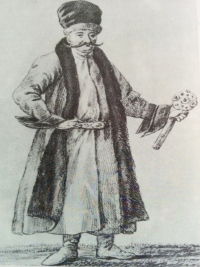 Many countries continued to fight over Ukraine
The big countries were Poland, Russia and Turkey. Turkey often worked with the Turkic peoples in Crimea.
Ukraine had a hard time when countries fought over its land. The worst time is called The Ruin.

Russian rule – 1775-1917
With time Eastern Ukraine came under the control of Russia.
Western Ukraine was controlled by Austria-Hungary.
Many Ukrainian people who came to Canada came from Western Ukraine. 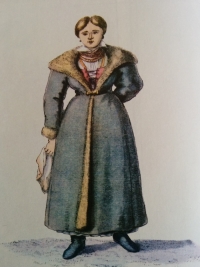 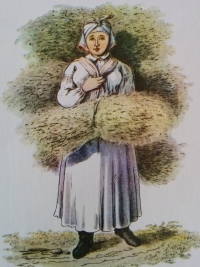 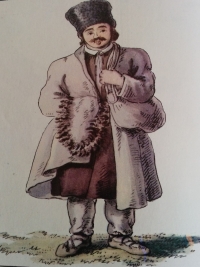 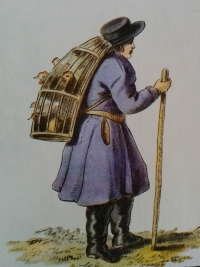 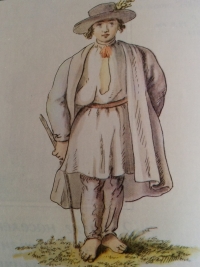 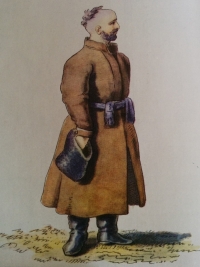 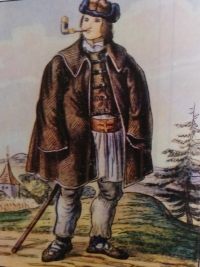 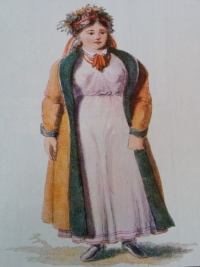 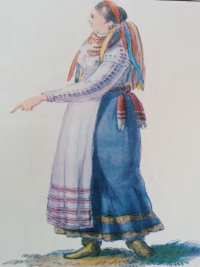 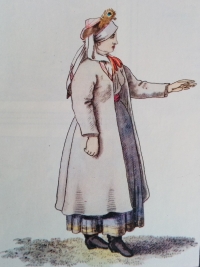 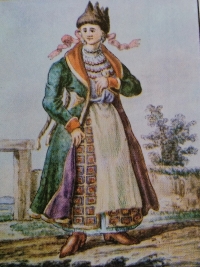 Soviet Ukraine – 1917-1991
The Soviet Revolution affected Ukraine as well as Russia.
Ukraine was a founding republic of the Soviet Union.
Ukraine suffered famine in 1921 and again in 1932-1933. Many people died because there was no food.
Western Ukraine became part of the Ukrainian Republic after the Second World War.
Crimea became part of Ukraine in 1954.
A nuclear disaster happened in 1986. A reactor at Chornobyl exploded.
Independent Ukraine – after 1991
Ukraine became independent when the Soviet Union fell apart in 1991.
Ukraine is now a republic and elects a president and a legislature.
There is also a court or judicial part of government.

Ukraine today
Ukraine was a founding member of the United Nations.
Ukraine is the third largest exporter of grain in the world. In the past it was called the Bread Basket of Europe.
Coal mining is important in Ukraine.
Computers and technology are important.
The Ukrainian cell phone company is Kyivstar.
Ukrainian airlines are Aerosvit and Ukraine International Airlines.
Ukraine has a space program. The company that makes rockets is Yuzhmash.
The Ukrainian company called Roshen makes very good chocolates.

Suggestion for teachers:
Where was pottery found?
Who introduced Christianity to Kyivan people?
What was done during the Kyivan period?
What country dominated Ukraine after the Kyivan state had fallen apart?
How did Cossacks look like? Where did they live?
What was the name of the independent state made by Bohdan Khmelnytsky?
What happened in 1986?
When did Ukraine become independent?
What does Ukraine produce today?