Ukraine is a very diverse country. There are mountains in the western part. They are called the “Carpathian Mountains”. They are a part of the Alpine mountain system. It is an important ecoregion in Europe. The Carpathian Mountains are famous for their unique flora and fauna as well as for amazing landscapes. Hoverla is the highest mountain in the Carpathians. Its height is 2061 meters above sea level. 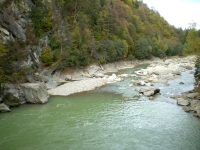 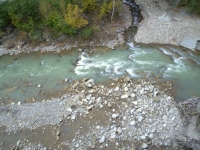 The southern and central parts of Ukraine are mainly comprised of the steppe. The steppe is a grassland plain. It occupies about 40% of all Ukrainian land. The steppe is mostly used for farming because it has a very fertile soil called “chornozem”. It has a very long growing season. Various crops are grown there including wheat, corn, beets, etc.